Eric took me shooting last weekend, and it wasn’t as scary as I thought it was going to be.

When I first walked into the range, I immediately wanted to walk back out. The noise was just overwhelming, even with my bunny ears on, and I really did sort of feel like I was going to get shot at any point.

Eventually, you get used to the sound. Eric showed me safety rules, how to load, etc. And I have to say it was a lot harder than they make it look in the movies.

In fact, I came to the conclusion that there’s no way that they’re able to shoot all those zombies right in the head on The Walking Dead. 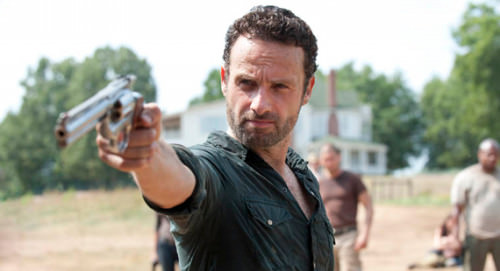 However, I feel like I kinda started to get the hang of it. And in the end, I was happy I at least hit the paper.

Well…I guess I can go ahead and address the elephant in the room.

There’s obviously something amiss in our country that we have such a high gun-death rate. But when politicians urge gun control, do they mean completely eradicate guns?

Because we have laws against drugs, and those don’t seem to be working. So when I hear about gun control, I wonder what they are seeking to accomplish.

We do need a solution, but I’m not sure that anyone really has an adequate answer yet.

As with all political debates, I tend to really hold off on choosing a side until I feel I adequately understand both sides. I don’t know about you, but I am much more inclined to listen to politics when I feel like they’re talking with me and not at me.

What to consider when buying a new car

A shooting range is a place to fire guns and find nowhere else to do it. The noise is overwhelming that’s why it’s always safe to wear a hearing protection.

I think learning what you can about guns no matter your stance is important to be completely informed about the issue. Thanks for sharing your expereince.

Oh my goodness! How did I miss this post?!! We went shooting for my dad’s bday in Texas on 6/2, and it was a blast. However, while everyone was focusing on the heart area, I was going for the HEAD! When they asked me why I kept missing, I replied: “missing?! Y’all think you’ll kill zombies by shooting them at the heart?!” They laughed. And YES, I was thinking, there’s no way those in Walking Dead can run, be over 15 yards away from the zombies, turn back for about 3 seconds, shoot a headshot with little recoil, run, shoot again. It just doesn’t happen. I hit in the head about twice of 6 shots, and that was at (shameful whisper) 5 yard!

Cool beans! I shot one last year for the first time. It was a neat experience and I’m glad I tried it. It really is harder than it looks on tv! Glad to see you are doing well. I haven’t been on here in a while.

While I have no interest in guns, shooting or owning one, I don’t think gun control will help. The problem is the laws limit the law ABIDING citizens, but a criminal doesn’t CARE what the laws are.
My father is a retired cop and guns were a part of our childhood. I was taught to respect them never once did I handle one without my father putting it in my hand. It’s a tough topic to address.

I went to a shooting place a long time ago in Seattle. I too wanted to understand more and man I was a sweaty hot mess by the time I was done because I was so nervous handling a gun. It’s heavy, and you’re right they make it look easy in the movies, and what’s with shoving guns in their pants like in the movies? Terrifying! I think something should be done, but like you I don’t know what. I’m not totally opposed to guns, but something is not working. So stricter gun laws? The types of guns that can be purchased? I don’t know…I’m just very tired of hearing about mass shootings.

Fun! You look like a natural! 🙂 Stephen has taken me shooting a few times, although I know he’d love it if I’d go with more often. (It’s not my favorite activity, but every once in a while I acquiesce.) If there’s an outdoor range near you, you might like that better. There is no echoing and it’s a little less jarring.

As an outsider, I think US gun laws are crazy. But what are you gonna do? Guns are already out there and you can’t just take them all back.

We went shooting in Vegas and I hated it. Might have been better in a place that was less busy and rushed.

Gun shooting in Vegas would probably freak me out a bit…just too many interesting characters.

Love your thoughtful comments re: gun control. It’s such a huge, daunting issue that I really have no idea how ANYONE can have a firm enough grasp on all aspects to have a strong opinion.
That said, shooting is really fun! My parents set up targets in the back yard once in awhile and we do some target practice, it’s always a blast.

It was a lot of fun! Definitely need more practice though!

I have never been shooting. We tried to go once but the wait was too long. I figure I will at some point along the way. I’m not surprised it’s harder then it looks. As for gun control. I feel we need something more then what is in place but like you I just don’t know what!!

I did this once! It was a lot of fun but definitely scary at first. I’m honestly not sure where I stand on the whole gun thing (somewhere in between, I suppose) but I do wonder what teaching gun safety and responsibility would do for the masses, especially for adolescents. I think it’s important to understand the power and consequences of guns, without having to take away the human rights and recreation aspects that go along with it. Just my two cents anyway. 🙂 Looks like you did great!!

If you’re wanting to feel more comfortable around guns, the NRA puts on events called “Women on Target” that are pretty great. I’m not really a gun person, but my husband is, so he asked that I get comfortable around one. That class really helped.

I’ll have to look into that, thanks for the heads up!