Things To Consider Before Your Second Marriage

When it comes to a second marriage, your thoughts are typically going to be that it should be the last one, and that you won’t have to go through the process again. The only way that’s going to happen is if you had learned from your past marriage mistakes—and even if the cheating spouse was the reason for the breakup, there were still mistakes made on both sides.

Self-examination is very important when it comes to taking a leap on a second marriage. It’s also probably one of the most difficult things to manage. Because the truth is, even in the best marriages both partners wrong one another; sometimes intentionally, but often accidentally.

Marriage should make for better people through sharing the good and the bad. Proper reaction to being wronged is part of that. It takes time, but in the end you’re better for it.

Find Clues From Your Past

So, look at your first marriage. Did you have a lavish honeymoon? No? Maybe that was the initiator to more serious problem—perhaps it didn’t psychologically center you as to the reality of your new commitment, and the adventure it intoned. Consider traveling abroad after you get married for the second time and really celebrate the event.

On the other hand, going over the top in a celebratory way could have been a seed planted at the beginning of your first marriage which flowered into a putrid weed of discord. Everyone is different. The key here is to identify the source of past issues. Sources could be external, but there’s a high chance some argumentative sources are internal.

If we were who we needed to be upon our birth, we would have no need for other people to improve our lives. The truth is, we aren’t our best selves initially, and things like marriage are what turn us into fully matured and grown individuals.

On the practical side of things, you’re going to have financial assets to consider like mortgages and trust deeds. Amerinote Xchange buys trust deeds; according to the site: “…we have the experience and investing insight which gives us the ability to offer a sound and painless exit strategy, when you sell a deed of trust…”

You may also find yourself in a fair amount of debt after the dissolution of a marriage. Legal fees, travel expenses, lost jobs, division of property—the list goes on. Before your second marriage, debt consolidation is recommendable. You want to go into this new chapter without any financial black clouds looming over you.

One of the things you’re most likely to argue about is going to be money. If you go into a second marriage with a bunch of lingering debts flapping in the financial winds, there are going to eventually be…discussions. You may not need to delay the marriage entirely; it could be perfectly appropriate to just consolidate some of those loans.

Provided you can set aside enough money on the monthly basis, you can get them paid off eventually. But finding a way to erase your personal debt before getting into another marriage, is very recommendable. Sell the house if you have to; after all, you’re about to start a new life anyway. 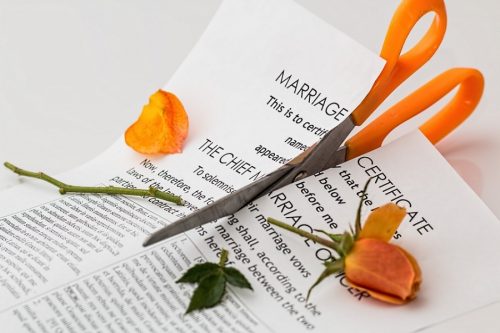 When it comes to divorce, sometimes one side is more responsible for the breakup than the other, sometimes it’s mutual. Whatever the case, there is pain in any divorce. It’s not an experience anyone wants to go through twice–but many do. Ensuring you don’t requires a careful approach of avoiding making the same mistakes over again and changing destructive behaviour.

How To Do Home Renovation On A Budget Before Your Wedding

What is virtual Currency Bitcoin (BTC)

Can you save for a wedding and mortgage...

Why Couples Counseling Can Save You Money

The Pros and Cons of Having a Winter...

How to Manage Your Long Term and Short-Term...

Thinking About Bad Credit Loans for a Wedding

Couple’s Challenge-Save $2 A Day for the next...

Understanding Differences and Similarities between Calls and Puts...

What is your happiness factor worth?

In Defense of The Penny Stock Investment...