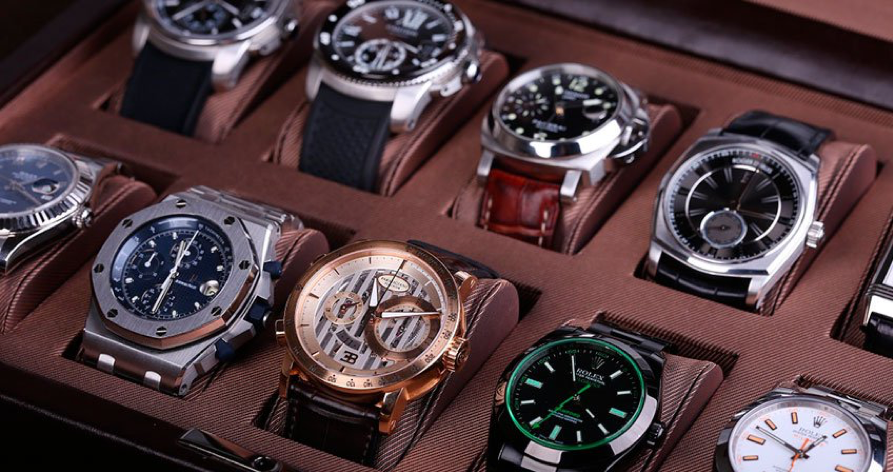 On a daily basis, we are constantly either chasing time, keeping time, or managing time. But if you are asked how that handy device you are wearing around your wrist got to where it is today, would you have any answer for it? Anyway, it won’t be a bad idea to be intimate with some knowledge about our wristwatches. So, in this article, I will be showing you some cool and fun facts you probably don’t know about wristwatches.

#1: The “mainspring” is the origin of modern watches

The mainspring was invented all the way back in 1511 by Peter Heinlein, which also marks the beginning of the modern watches we see today, including the popular Rolex watches. The German clockmaker, in the early 16th, was trying to use the spring-powered clocks to experiment, and he discovered the principle to create the very first modern watch after drastically reducing the springs. Up till today, the mainspring has remained a very important component when making wristwatches.

#2: The first wristwatch produced with an alarm function came to the market in the 1900s

Eterna, a Swiss watchmaker company, happened to be the first to produce a wristwatch that comes with an alarm function, and that was in 1908. However, full-scale production of this watch did not start until 1914 when the amazing little invention went viral.

#3: Right from the 17thcentury, watches have been an important part of men’s fashion

Even though the fashion industry has experienced a lot of styles – just like every other thing else, coming and going out, the habit of keeping a pocket watch has been an important part of men’s fashion dating back from the 1600s. Wearing pocket watches was initially popularized by king Charles II, and the trend has refused to disappear with history. Even though not all men keep pocket watches today, almost all influential men have a luxury watch around their wrist.

#4: automatic watches wind itself when the wearer moves its wrist and arm

Although mechanical watches are still found virtually everywhere, that doesn’t send out automatic watches from trending. As a matter of fact, you will agree with me that automatic watches are no doubt, an amazing work of engineering. Through the use of a winding rotor, in a central weight, and the wrist’s movement, such watches wind themselves. That means, you won’t have to bother about winding your wristwatch; the movement of your hand will do the work.

Throughout the 1800s, pocket watch has its popularity spanning through everywhere on the globe until the 1930s. The world war II now further helped killed it when all military men were prevented from using it except the use a wristwatch. This was done to ensure their safety, to keep them focused and ensure they have their both hands on their weapon. This obviously sent pocket watch to its final grave and it never return.

#6: Watches displayed in shops are almost preset to either of these two times

When you see watches displayed for sales in a shop, look closely. You will notice that they are universally either preset to ten minutes past ten o’clock or ten minutes to two o’clock. This is a form of subconscious marketing strategy that has helped lots of watchmakers sell more watches.

#7: When it comes to reaching the boundaries of modern exploration, these two different watches take the pride

Obviously, no name is as popular as Jacques Cousteau when we talk about diving beneath the surface of the ocean. It helped in popularizing the wearing of the popular Rolex Submariner during his documentary. “The Silent World” in 1954. Since then, almost all dive watches have stolen one or two things from the design inspiration gotten from the Submariner.

However, when we talk about outer space, no better watch can do the job like Omega Speedmaster Professional. It was worn by Buzz Aldrin, making it the first watch to find its way to the moon.

#8: The world’s most complicated mechanical pocket watch is the Patek Philippe Caliber 89

This amazing watch was produced in 1989 after about 5 years of research and development with another 4 years of trying to manufacture it. It is made up of around 1800 different components, making the cheapest of its kind to be around $5.1 million as at 1989. Today, you will obviously need to pay 5 times as much before you can own one of them.

How to DIY Your Wedding Decorations

What Are the Financial Problems College Students Face

What is your happiness factor worth?

Stores and Restaurants That Are Open Christmas...