What is an OLED TV, and is it superior to LED? 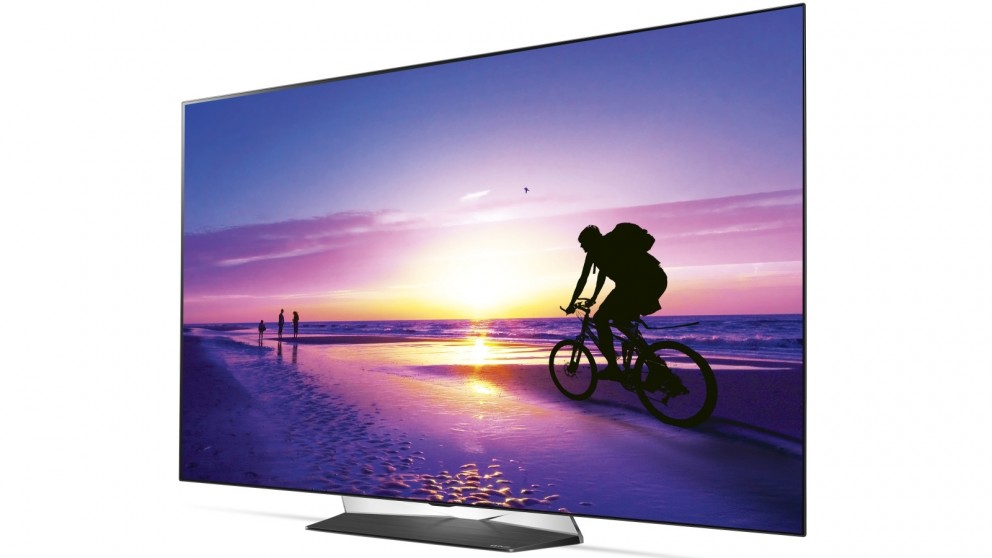 Almost all screens we have seen on our devices, from mobile phones to computer screens have utilized liquid crystal display technology. Liquid crystals are a chemical solution in a state of mater in which it behaves like a liquid, but its molecules are arranged in a crystalline manner. Liquid crystals exist in nature but as some very clever people found out, by squeezing certain LC’s between sheets of polarizing material and modulating its flux with an electromagnetic field, you can force the LC into what we now know as pixels.

While it may have said “LED” on the side of your TV box, this is not a reference to pixels, but its source of illumination. LCD panels do not emit light themselves and need a light source shining through them. The panel that is responsible for sharpness, colors, and smoothness of motion in your modern LED TV is still a form of liquid crystal. Flat-screen televisions of old used cathode fluorescent tubes to backlight the LCD panel.

This combination has worked well and has seen LCD/LED combinations become the dominant form of screen. Plasma televisions tried and failed due to problems with heat, burn-in, and weight. By the time plasma technology had matured, and these problems were solved, it was too late; sadly, this still didn’t save plasma technology from falling into obscurity. LCD televisions are light, slim, and are capable of producing stunning images.

So, what is OLED? Another form of backlight? Unlike LCD that needs a backlight, OLED TVs are fundamentally different from all other screens. OLED stands for “Organic Light Emitting Diode,” and the difference is in that name. Unlike the pixels in an LCD screen that need a light shining through them, the pixels in an OLED display emit their own light.

At the time of writing, only LG can manufacture this type of screen and the difference in price to a regular LCD screen can be confronting. So we know that the pixels in an LG OLED TV are different, but how does this translate into a superior viewing experience? Can this technology perform better than the tried and tested combination of liquid crystal pixels and LED backlights?

Because each pixel in an OLED can change brightness, one pixel can be completely off (black) while the adjacent pixel can be as bright as possible. This contrast proximity is impossible in an LCD panel and as a result, OLED screens possess far superior black levels and more importantly, contrast ratio. Contrast ratio is the fundamental measure of picture quality; it is the difference your TV can display between bright and dark. A screen with a low contrast ratio will look flat and dull, while a high contrast ratio will give you a more realistic, more in-depth picture. It cannot be overstated that OLED completely blows LCD away in terms of picture quality.

While OLED may have LCD beat in terms of picture quality, there are other factors that we must consider when deciding which technology is superior. In other metrics of screen performance, LCD and OLED are neck and neck. Response rate (the screens ability to refresh its self per second) differs from screen to screen, but comparting top-level displays, neither OLED or LCD have the advantage, and it’s the same story with resolution. LCD screens are capable of being brighter, but this can affect your contrast ratio. They can also be built much cheaper and as a result, come in larger sizes than the OLED.

So, an LCD can be bigger, brighter, and cheaper but can’t offer the same rich colors and depth of an OLED, so which is the superior technology? Only you can answer that question. If you are on a budget and want a small bedroom TV, LG’s range of impressive screens will be useless to you. If you want the biggest TV possible, then you will need to stick to LCD.

Because LCD has been around for so long, it has had time to mature and become reliable. Even those chasing a TV with stunning picture quality will still be satisfied by a top range LCD. With more variety and brands to choose from, in many ways, LCD remains the superior technology.

When it comes to raw picture quality, OLED is leagues ahead of any other technology. Once you have experienced the difference, there is no doubt OLED is superior, but it comes at a hefty price, one that not many are comfortable with paying. For now attest, LCD technology offers much better value and is accessible by more people. The future of OLED looks bright, if you’ll excuse the pun, and hopefully in the coming months we see a new batch of OLED TVs and a drop in price so that more of us may experience this new technology in our homes.

How to host the perfect outdoor dinner party

5 Tips for Planning a Budget Wedding

Is the Cost of Wedding Rings Really Worth...

How Cryptocurrency Is Helping Global Economy

Cryptocurrency Wallet: Everything You Need to Know

Can Working From Home Keep Your Budget Under...

5 Ways Couples Can Use Their Stimulus Checks

Should You Loan Money To Your Spouse?

A Guide to Renting for First Time Landlords

3 Easy Ways to Invest in Yourself