How to save for something you REALLY want

I’ve probably had about 5 different phones since I first got one about 9 years ago.

I can’t remember the name of my first cellphone, but I believe the Razr was my second. You know, that “super thin” phone that came out and was super cool like back in 10th grade? No, wait, that’s a lie. It wasn’t 10th grade, because I didn’t even have a cell phone in high school. 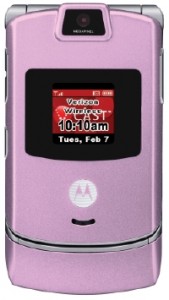 this was my second phone. of course it was pink, do you not know me by now? 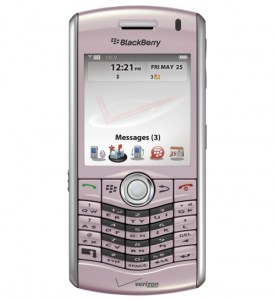 Then I got a new job, and got this Pink Blackberry Pearl. 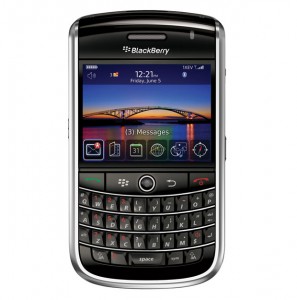 And then I got another job and got this phone and this is basically the phone I’ve had for the past…two years, almost?

It takes FOR-EV-ER to download an Internet page. It freezes, the pictures are kinda crappy. I mean, there is nothing all that great about this phone.

(If this is your phone, I am sorry. I do not mean to offend. But personally, I am so over it.)

Why don’t I get a new phone you ask? Well, a little mistake happened in December when I left my old job. Long story short, I got a crappy “temporary” phone because I was planning on getting the Iphone in February when Verizon finally got with the program, and I unknowingly signed a new two-year agreement and didn’t realize it until it was too late. Lesson learned? READ EVERYTHING YOU SIGN. And never trust the salesperson.

ANYWAY–the point of this story (I’m getting there I promise) is that I wanted a new phone. Imagine my jealousy when Eric gets to do all these cool things with his Droid? You can tweet more often, do weight watchers from your phone, play Angry Birds! I want a new phone!

Well if you’re Eric you just go out and buy one and explain it to your wife later *cough, cough* but I was determined to show him a lesson in patience.

I vowed not to buy a phone until I saved up the funds.

My birthday came up and I scored $100 from the family. Then I heard back from this woman I used to babysit for (love the kids, can’t stand her) and scored $130 for one night of babysitting. And just like that, bam! $230! Enough for my phone! And because someone in the high heavens obviously knew I deserved a little somethin’ somethin’ extra, I was emailed to place this ad on my homepage–and excuse me for selling out, but you don’t say no to extra moolah–and before I knew it, I had surpassed my goal of saving $200 for my cell, and had some extra money in my pocket for some make-up, which I haven’t bought in over a year.

Of course, it can’t all go smoothly, and truth be told, there was some drama with the first phone I ordered, and we almost overdrafted our account because we didn’t get the refund for a while, but in the end I scored myself a mint condition Droid.

And that, ladies and gentlemen, is how you still treat yourselves to goodies when you’re on a budget!

oh and p.s. if you’re asking yourself why I didn’t get the Iphone, it’s because they are just way too expensive and because I couldn’t score one for less than a bajillion dollars.


What was the last thing you saved up for?

Things My Husband Does (part 3)

Things My Husband Does

Yay for Droids! 😛 I’m currently saving up for a new computer — that is, as soon as my FINAL school loan payment goes through in two weeks. Whee!

Great job with the saving for the new phone. I know how hard it is to want something and not just go out and get it. I need to manage that better myself. Luckily, I guess, most of the things I would buy I can’t afford and so the choice is made for me. I have no credit so that I can’t get into major debt again.

A plane ticket to visit my family in NJ. I can only save up enough to visit about twice a year for less than a week at a time though, it really sucks. I wish I could visit more. Even if I had the money to visit, I can’t really take weeks off from work at a time.

NICELY DONE!! I really want the iphone too, trying to be patient until my contract is up in a couple months and I can get a new one through work!! How do you like the droid? I am nervous I won’t be able to type on a touchscreen, so used to a BB! and I love that all your phones have been pink…MINE TOO! 🙂

Yay! You have way more patience than I do! I do not do well with saving for something. I’m a single girl with no responsibilities, so when I want something, I buy it. It’s horrible. I’ve been wanting the iPad something fierce lately and came close to buying it, but I haven’t. I waiting and I’m saving. I’m also saving for a sweet vacation next year and I have a separate checking acct for travel/big splurges 🙂 I really have to utilize that more vs considering putting things on my credit card, which I finally paid off!

I’m actually saving right now for Galaxy S II! I have a goal to reach triple the amount of how much the phone costs so after I buy it, I will still at least have about 2 grand in my savings. So hard to wait though!

And gotta love getting unexpected money! 🙂

Good work and good choice. I love my Droid. I wouldn’t trade it for an iphone if someone offered one.

I’ve never been very good at saving, but now that I’m a homeowner, I know I need to be more mindful of my money. That said, I also finally have a job where I can take vacations (more than two consecutive days off), so I am planning trips for 2012 (this year is already booked) and working on a plan to save for them. My goal is to do a great trip every year (but not stress over the money for it).

Why We Got Started with a Certified...