Mutual Funds and DAOs: How Collectivism is Impacting Investing in Businesses

In the wider business world, collectivism has had a dramatic impact on investing in businesses. It is, in the very simplest of terms, the act of placing value on a particular group of individuals contributing to a group as opposed to a single individual. It has led to employees becoming less independent and more interdependent when entering the workplace and has revolutionised the entire decision-making process from something that is independently driven to a collaborative effort. If you are curious as to how mutual funds and DAOs, in particular, have impacted collectivism when it comes to investing in businesses, continue reading to find out everything you need to know. 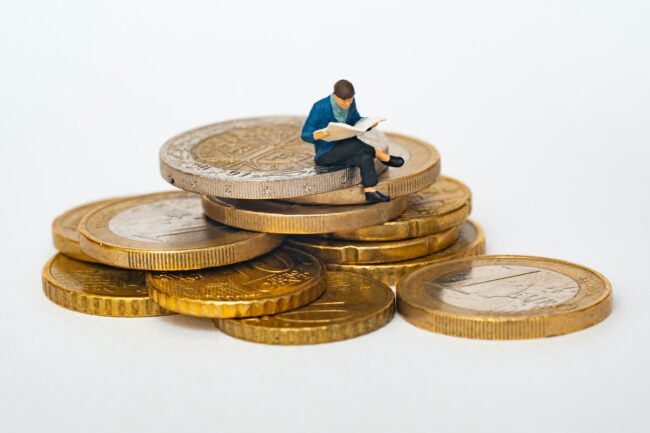 The role of mutual funds

If you are an experienced investor, you may be familiar with mutual funds and what they entail. If you only possess a basic knowledge and understanding of mutual funds, on the other hand, they are, put simply, a professionally managed portfolio of either stocks, bonds, assets or other investments that rely on a particular investment strategy. It consists of a pool of investments from a number of investors and tends to be operated by business investors or professional money managers, as opposed to inexperienced or young investors, that allocate funds in an attempt to produce capital gain or income for the individual investors involved in the venture. They also tend to be structured in line with the initial objectives outlined for the mutual fund in advance.

Its impact on investing in businesses

If you are considering mutual funds, it may benefit you to familiarise yourself with their impact on investing in businesses. Its main advantage, for example, is the fact that it allows for greater flexibility and diversification with the ability to mix and match investments within a single portfolio significantly reducing risk, which can lead to you receiving a greater return on your investments whilst benefiting from lower risk at the same time. This can be done in a number of ways such as purchasing company stocks and offsetting them with industrial sector stocks, for example. If you are interested in fully diversifying your investment portfolio, however, and achieving true collectivism, it may be worth taking the time to capitalise on various different bonds from a wide range of industries with varying maturities with mutual funds allowing you to do so quickly and effortlessly.

The role of DAOs

DAOs, or decentralised autonomous organisations, have emerged as a great way to tap into collectivism by organising and establishing sets of rules and regulations with like-minded individuals from across the globe with decisions made autonomously encoded on a blockchain. It is, essentially, the name given to organisations that are developed by a computer system and controlled by its collective members as opposed to a central government or corporation. It has removed the need for external managers and, as a result, also removed the potential for hierarchy struggles.

In addition, a need for trust, which is necessary for traditional business models, is no longer necessary with confidence in the code, often all that is required to be shared amongst investors. This is made easier due to the fact that the code tends to be made publicly available ahead of time and, therefore, can be tested time and time again prior to launch with further actions required to be approved by the community for full transparency and verifiability. In addition to charity, fundraising, borrowing, and NFTs, or non-fungible tokens, DAOs are also being utilised for investment

Its impact on investing in businesses

In the investment world, investors can utilise the DAOs’ governance tokens to vote on certain subjects, such as whether a particular project should be invested in or not invested in. In this case, DAOs will also include an address that holds its assets in a virtual wallet. This also requires various signatures to authorise any transactions that may be used to allocate capital. In 2021, for example, a crowdfunding round led by BitDAO reportedly raised over $230 million from a total of 2,497 investors in only 20 short minutes on popular token launchpad MISO by decentralised exchange SushiSwap. It may also be worth knowing that the fundamental aim of DAOs is to support web3-based projects by providing quick and easy access to funding.

In the past couple of years, collectivism has had a dramatic impact on the ways in which investors are investing in businesses. This is largely due to the emergence of both mutual funds, which are professionally managed portfolio of either stocks, bonds, assets or other investments that rely on a particular investment strategy, and DAOs, or decentralised autonomous organisations, which are organisations that are developed by a computer system and controlled by its collective members as opposed to a central government or corporation.

How to Keep Your Relationship Healthy While Planning Your Wedding