The Secret to a Great Marriage?

Recently, President Obama let slip that the reason he gave up smoking is because he was “scared” of his wife.

It was an innocent comment that was intended to be private, but sounded like how men talk about their wives when they think they’re just in the company of other men.

His comment had me thinking about a theory that I’ve been conjuring for a while now.

Is the secret to a great marriage a strong wife? 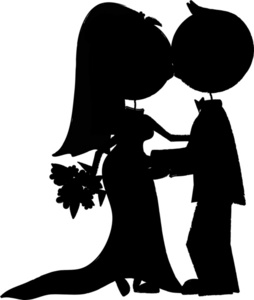 We’ve all heard the adage, “Behind every good man is a great woman” and even My Big Fat Greek Wedding lets us know that the man may be the head of the household, but the woman is the neck, and the head does not move without the neck.

In a lot of the strong, happy marriages that I’ve encountered, it always appears to me that a strong woman is behind it. I look at my parents’ marriage and my in-laws’ marriage, both married for decades, and they have two very strong women behind it.

When I look at unhappy marriages, or marriages that ended badly, I see men who abused their power or women who at one point were weak because they were belittled by their husbands.

I’m not saying that all marriages fit this mold, or that men are less than women, or not equal or anything like that at all–we all know that marriages end for a variety of reasons.

What I am saying is that when the woman is in charge, she seems to put the needs of the family first and the marriage tends to flow better.

What’s going on with us?

I absolutely agree with this post. As a married woman myself, I noticed that when I get too soft with my husband and just do anything he pleases even if he knows I’d get mad. But when I start to voice out my opinion and really stress out my point no matter where the conversation may take us, then he will eventually lie low and think of his actions first.

This post has definitely got me stumped! I used to think that I knew the secret to a good marriage, then my parents got divorced after 25 years and it kind of rocked my world. I’m more of the mindset that I don’t know more than I know.

I once got the advice to never say no to sex. (overshare?) Hey, it works for some people!

I think that a strong woman and a strong man who can both acknowledge and respect the strengths of their partner can lead to a strong marriage, but it’s not the only thing that makes a strong marriage (I get the sense that’s not what you meant anyway).

Truly, I think that making love a choice rather than a feeling is the key, but as with anything in a partnership, both partners have to be on board.

I think respect and commitment are the secrets to a strong marriage. Of course you need to be committed but also need a mutual respect. Also, my grandma said you should have a partner you can visit with. I like that advice, too.

I don’t know… I know tons of families where the woman is “in charge” and she doesn’t put her family first at all.

I think the secret to a great marriage is the understanding that both the husband and wife will choose to love each other daily.

I think a marriage works best when it’s a partnership of equals. I don’t mean that the spouses need to make the same amount of money or have the same level of education, etc. I know you just used President Obama’s quote as an example, but I don’t want my husband to fear me. I want us to be honest and respectful of each other, and for me, those are traits that lead to a strong marriage.