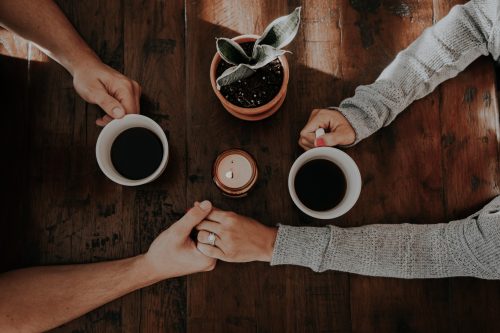 When couples marry, not all choose to merge their finances completely. Instead of sending all of their individual incomes to a single joint account, each spouse maintains a degree of autonomy. They keep separate bank accounts and decide to split joint expenses. But figuring out how to divide the bills isn’t always easy, especially if one spouse has a higher income. If your spouse makes more money than you, here’s a look at how you can split the bills fairly.

Decide Which Bills Are Joint

First and foremost, you need to sit down with your spouse and decide which bills belong to you both as a couple. That way, you know which ones will be a part of the split calculations.

In many cases, housing and living expenses go on this list. Both of you benefit from that spending, so they can be a logical addition. You may include rent or mortgage payments, utilities, and food, for example. The only exception may involve if the home isn’t in both spouse’s names. If one member of a couple is the homeowner and the other isn’t, one could argue that the mortgage shouldn’t be split.

Any debts that you take on together are also strong contenders for splitting. For example, if you purchase a new car together, then include the payment on the list. Homeowners, renters, or auto insurance may also need to be on the list.

Examine each of your bills one at a time. Classify every one based on whether you both consider it to be a joint or individual responsibility. In the end, you should have a list of bills that you’ll ultimately split, giving you a starting point for the larger conversation.

Now that you know which bills are joint, it is time to total up the monthly cost of those obligations. This gives you a basic number that you’ll end up splitting. Additionally, it gives you both additional insight into your joint responsibilities, and that can be eye-opening in its own right.

For bills that fluctuate, like utilities, use a reasonable estimate. In some cases, you can review the past year’s spending and get a solid idea of the typical cost. If that doesn’t work, then estimate a bit higher than you believe it actually is, giving you both a cushion until you can get a better estimate in place.

Compare Your Income Levels to Define the Split

If one spouse makes more than another, a 50/50 split of the bills might not be equitable. It places a larger burden on one partner, as a higher percentage of their income has to go to these payments.

If the couple had $3,000 in joint responsibilities, the first spouse would cover $1,200 of them. The second spouse would have to handle the remaining $1,800.

With the percentage-based approach, spouses don’t have to divide up individual bills. Instead, they are each responsible for a specific amount of money, which is simpler to manage.

In many cases, the easiest way to manage joint bill payments is to open a new bank account together. Each month or payday, both spouses transfer enough money into the joint account to handle their share of the joint bills. Then, payments for the shared accounts are made from that bank account.

This ensures that both spouses retain their autonomy, as bill payments aren’t coming directly out of personal accounts. Additionally, it ensures that money for joint obligations is set aside and properly managed, as both spouses have full oversight into that account.

Is the Approach Above the Best Way to Split Bills?

Mathematically, the approach above ensures that the arrangement is equitable in regard to the joint expenses. However, it doesn’t account for disparities that occur outside of those obligations. For example, one spouse may have large student loans, cumbersome medical expenses, or a substantial amount of credit card debt, while the other may not.

The nature of any additional expenses may make a different kind of split more appropriate. Spouses should always sit down and discuss their full financial pictures before settling on an arrangement. That way, other factors can be considered.

Additionally, couples need to decide if savings goals should be joint ventures. If so, a monthly deposit may need to be added to the list of “bills,” ensuring it is covered as well.

In the end, any arrangement can be ideal as long as both parties agree. There is no perfect formula that works in all situations. As a result, spouses should spend time discussing it, ensuring that they are both comfortable with the agreement and feel capable of handling their share.

Do you have any tips that can help couples split their bills when they don’t make the same amount of money? Share your thoughts in the comments below.

A Guide to Renting for First Time Landlords

A friend of mine choose to divide 50/50 also with different incomes, in my personal opinion this is ok if you earn same salary, while if you earn different you can choose to pay a month bills and the other month grocery and viceversa or you can decide to put a determinated amount on bill fo r expenses, however this is a field where is better be agree from beginning!!!

How much money is enough?