What Is Injured Spouse and How Does It Protect Me From the IRS? 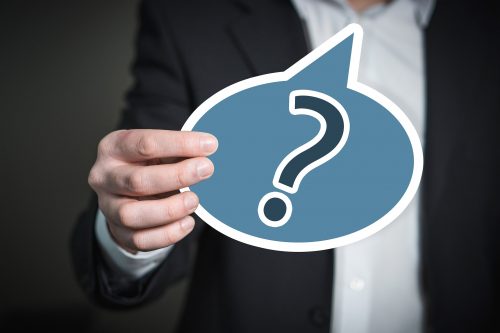 When you’re married, your relationship status can impact your federal income tax return. While, in many cases, you’ll experience a benefit from the connection. There are instances where one spouse’s situation negatively affects the other. One way that this can occur is when all or part of a tax refund is seized to handle a debt, court judgment, or back child support that only one spouse technically owes. However, that doesn’t mean the other spouse simply has to accept the outcome. In some cases, they may be eligible for injured spouse relief. Thus, allowing them to reclaim some of the loss. If you are wondering what an injured spouse is and how it protects you from the Internal Revenue Service (IRS). Here’s what you need to know.

What Is an Injured Spouse?

When a married couple files their taxes jointly. It also joins their access to any tax refund that may be owed. While this is usually convenient. It does have one potential drawback. If one spouse has certain kinds of debts. The IRS may seize all or part of the return to cover what’s owed.

Since only one spouse actually owes the debt, the other is considered an “injured spouse.” They are baring part of the brunt of the situation, even though they weren’t involved in the creation of the debt.

The Kinds of Debts That May Lead to a Refund Seizure

The IRS can only seize tax refunds under specific circumstances. Usually, only debts that are owed to the government or when there is a court order involved can cause a refund to be subject to seizure. Some of the most common examples of eligible debts include:

Other kinds of federal government debt could also lead to the seizure of a tax refund. However, the situations above are usually what result in the refund being held to handle a debt.

How Does Injured Spouse Relief Protect You from the IRS?

If you are an injured spouse, you’ll need to file Form 8379: Injured Spouse Allocation. The form is fairly straightforward.

First, you’ll answer a series of yes-or-no questions that determine whether you actually qualify as an injured spouse. In the next section, you’ll provide a couple of details about the return that resulted in the refund that you want to reclaim a portion of, as well as some information about how you’d like to receive your portion of the refund if it is awarded.

Section three focuses on how much of the refund is actually connected to the injured spouse. With section four, you only need to complete it if you are filing the Form 8379 separately from the actual tax return.

As with all IRS filings, it can take time for the Form 8379 to process and for the refund amount to be sent. Typically, it will take anywhere from 8 to 14 weeks, depending on when and how the form was submitted. If it’s electronic and accompanies an electronically-submitted joint return, 11 weeks is the norm.  Should you file after the joint return has been processed, eight weeks is typical. If you file it with a joint paper return, 14 weeks is common.

Are Injured Spouse and Innocent Spouse the Same Thing?

No, an “injured spouse” and an “innocent spouse” are not the same. While the terms seem similar, they represent two different situations.

With injured spouse protections, one spouse is shielded from financial harm caused by the other spouse having debts that can result in a refund seizure. It gives the injured spouse a pathway for reclaiming their portion of a refund because they bear no responsibility for the debt involved and nothing more.

Innocent spouse protections relate specifically to back taxes, civil penalties, and criminal charges that come about due to one spouse filing a fraudulent joint tax return without the knowledge of the other spouse. In this case, the tax return itself is the issue.

In the eyes of the IRS, both spouses may initially appear responsible for a fraudulent tax return since it is created in both of their names and occurred while the couple was married. However, not all couples handle their tax filing together. Instead, one spouse may handle the filing alone.

While both spouses should review any tax filing before submission, that doesn’t always occur. As a result, one spouse may be unaware of the fraudulent activity until it is identified by the IRS and leads to ramifications. With innocent spouse protections, the unaware spouse can attempt to separate themselves from the fraud by filing Form 8857, allowing them to avoid the fallout.

Do You Have to File for Injured Spouse Protection?

No, you are not required to file for injured spouse protection. If your spouse has a debt that can result in a refund seizure and you’re comfortable with the money going toward repaying that debt, you can simply leave it be.

Filing for injured spouse protection is always optional, leaving the choice firmly in your hands. If you would rather get that debt off of your spouse’s plate, something that could potentially benefit you both, then you can go that route. However, if you feel differently or have a need for your portion of the refund, then filing a Form 8379 is an option that you can choose to pursue.

Have you ever had to use the injured spouse protection to shield yourself from the IRS? Share your thoughts in the comments below.

9 Ways To Stay Healthy As A Couple On A Budget