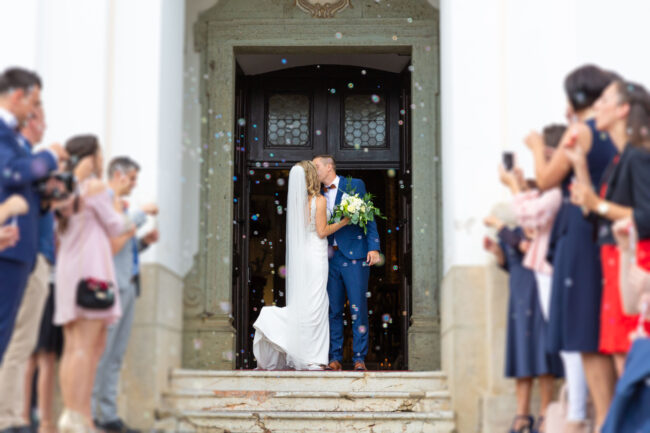 When you’re newly married, bringing your financial lives together and creating a secure future is vital. However, it’s also hard to figure out where to begin or ensure you avoid critical missteps. Fortunately, that journey is easier with guidance. Here are some of the best financial quotes for newlyweds and what they can mean.

If you marry a monkey for his wealth, the money goes, but the monkey remains as-is.

Originating from an Egyptian proverb, this quote discusses the folly of getting into a relationship for purely financial gain, even if you don’t love, respect, or like the person. Additionally, even if there is love, if money is a factor in that feeling, it points out that money can be fleeting, but the person remains.

Essentially, it’s a reminder to make sure you’re in a relationship for the right reasons. Material possessions – including money – may not last forever, so it’s best to have other priorities when you marry.

Money can feed the body. Love will feed the soul!

While there’s some debate about the origins of this quote, it’s powerful nonetheless. It admits that money is often necessary, as it’s a tool for purchasing items you need to nourish your physical body and otherwise survive.

However, it goes on to point out that money alone may not provide fulfillment. Love is powerful in that way, nourishing you beyond the physical. As a result, it’s the love in a relationship that should take center stage.

Don’t fight about money because after you’ve said mean things to each other, the amount of money in the bank will be the same.

While this quote is of unknown origin, it’s compelling. It serves as a reminder that arguments can devolve into harsh, derogatory comments and accusations that can damage your relationship. And if that occurs, you’re still not closer to a solution, as the argument didn’t magically repair your financial situation.

As newlyweds, talking about money is critical for a successful relationship, ensuring you’re on the same page and effectively working toward joint goals. However, fighting about money isn’t necessarily going to lead to those outcomes, so it’s better to approach challenges with kindness, dignity, and respect for one another.

The main thing to remember is that most matters concerning money in a relationship are not really about money at all.

Another quote with an unclear origin, this one is a reminder that financial disagreements aren’t always about money explicitly. While financial challenges may spur the conversations, there are often deeper issues at play.

Some money disagreements are based on a lack of trust. Others are primarily about a lack of alignment when it comes to financial goals and priorities, and some may have different causes. By looking deeper at the root issue, it’s easier to figure out the best way to proceed, all while allowing newlyweds to understand each other better and compromise more effectively.

Do you know of any other financial quotes for newlyweds that people should know? Are there any of the financial quotes above that resonate with you strongly? Share your thoughts in the comments below.

The Best Cakes for Weddings