How We Made an Offer on Our First Home 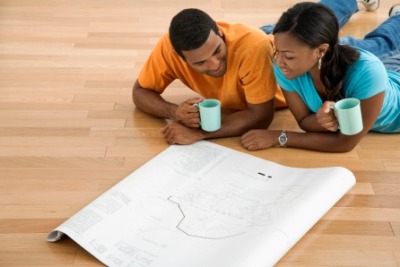 After falling in love with a home and weighing the pros (neighborhood, price) and cons (two bedrooms only), we decided to move forward and make an offer on our first home.

First-Time Homebuyers: Making an Offer on a Home

First, we contacted our realtor that we had actually met when we were looking at purchasing a home in our neighborhood. While he hadn’t gone with us to see the house (remember, we were just window shopping!), he would still be acting as our realtor.

He pulled up the comps in the neighborhood, including a two-bedroom, one-bath that had recently sold for about $20K less than ours, and was not nearly as upgraded as ours was.

While ours was a two-bed, two-bath, seeing that another two-bed had sold for less, we wanted to offer less than asking, about $10K less.

Our realtor encouraged us to go with our best price offer as he said the house was very competitively priced and would sell quickly.

So we decided to go in at full-price– $559K– but requested that the seller pitch in $5,000 toward closing costs, essentially making our total $554K, which I was very happy with.

Closing Costs on Your First House

Here’s the thing on closing costs, because we were only putting 10% down, our closing costs would be a bit higher than others, coming in at an estimated whopping $12K.

The reason being that escrow would need to have a fund to pay for certain items (tax, etc) in case we defaulted on our loan. I’ll get more into this later, but I’m happy to say we ended up not having to pay the full closing costs.

After two full days of nerve-wracking “will he/won’t he,” the seller finally accepted our offer.

We had submitted a letter with our offer explaining how much we wanted the house and how lovely he had it decorated. I don’t know if it helped, but I’m going to believe it did because there was another offer that was put in after ours that was above asking price.

But this house was meant to be ours…

Read Part I: We Bought a House!

The True Meaning of Christmas: Giving Back This Holiday Season

The Escrow Process of Buying Our First Home

The Cohabitation Agreement and Prenup

Should Newlyweds Buy Tiny Houses to Save Money?

Can I Finance A Home With Student Loan...

What Happens to Your Credit After Marriage?

When It Rains, It Pours

How Our Finances Have Changed Since Buying Our...

Did the seller help cover any of the closing cost or did you try to negotiate that?

Why FHA Loans are Bad for First...

The Escrow Process of Buying Our First...

Should Newlyweds Buy Tiny Houses to Save...