How to Tell If You’re Newly Married and Financially Independent 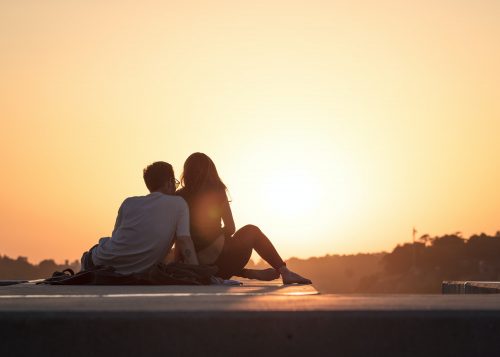 Financial independence can be a tricky topic. While the concept may seem cut and dry, it actually isn’t. As a result, many couples are left wondering if they are officially in that category. If you’re newlywed and trying to determine if you’re financially independent, here’s what you need to know.

First, it’s important to understand that there isn’t an official definition of financial independence. This can lead to some confusion.

For example, if there are two households in the exact same financial situation, one may view themselves as financially independent while the other does not. Similarly, a household might meet one outsider’s definition of it but fall short of other third party’s standard for achieving financial independence.

The most general meaning of financial independence is having the ability to cover your monetary needs without a paycheck from an employer. Typically, this means earning enough income from investments and savings to cover your living expenses.

However, some people do see that point differently. Instead of not needing a paycheck, they consider themselves financially independent when they can work any kind of job, regardless of what it pays, and still maintain their lifestyle. It means the ability to walk away from a career and focus solely on doing jobs that they find enjoyable, as they have enough in savings to make up for a smaller paycheck.

Some definitions also have additional requirements. For example, some people believe that being free of consumer debt is a necessity for financial independence. But that isn’t universal. Others think that if your non-paycheck-based income is enough to handle your debt payments, you still qualify.

In some cases, people assign specific numbers to financial independence, too. For instance, some adhere to the “25 times” rule, a guideline that says you need to have 25 times your annual expenses saved to reach the threshold, essentially allowing you to fully retire early.

How to Tell If You’re Financially Independent

Determining if you’re financially independent isn’t cut and dry. As mentioned above, definitions can vary, creating a bit of a gray area for when it’s actually achieved.

If you’re trying to tell if you’re financially independent, you first need to decide exactly what that means to you. Does it mean having enough that you can cover your expenses without needing any kind of a job? Does it involve being able to leave your current career and pursue any type of work you’d like, regardless of how much it pays? Do you feel you need to be completely debt-free or is being able to cover your debt payments enough?

As a couple, spend time discussing what being financially independent means to each of you. Work together to come to a consensus regarding the definition. Then, once you’re on the same page, examine your current situation to see if it matches your unique definition.

Ultimately, financial independence looks a little different for everyone. That’s why it’s important to really discuss what it means to you both, allowing you to identify when you feel that you’ve made it.

Do you consider yourself newlywed and financially independent? If not, is financial independence one of your main goals? Share your thoughts in the comments below.