Borrowing Money From Your Spouse? Good or Bad 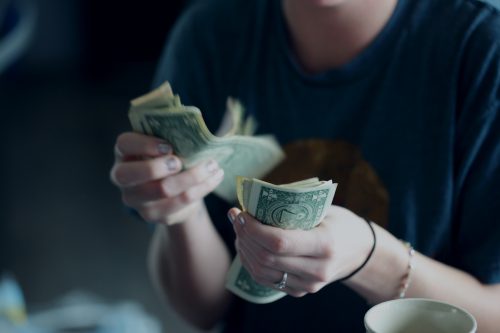 Money is always a complex topic when you are married. How you divide expenses, whether you have joint or separate accounts, and how you choose to limit individual spending can all be contentious issues. Plus, you often have to contend with the unexpected on occasion, and surprise expenses can derail a budget quickly. When something unpredictable occurs, one spouse may consider borrowing money from the other to handle it. But, that begs the question, is borrowing money from your spouse ever a good idea?

Situations Where You Might Consider Borrowing Money from Your Spouse

Typically, one spouse only has to formally borrow money from another when the couple maintains separate financial lives, at least to a degree. For example, you may have your own incomes and bank accounts, and might divide the responsibility of handling certain expenses.

When your finances are separate, an unexpected financial burden that only impacts you might be difficult to manage. This could include something like a car repair, medical bill, or anything else that falls on your shoulders based on your arrangements as a couple. As a result, it may seem wise to reach out to your spouse and ask for some help.

Plus, even if you maintain separate accounts, your financial lives are at least somewhat entangled. Financial hardship for one spouse impacts the other. It could harm your household’s total budget or joint credit. This can make it seem like getting your spouse involved is best for you both, giving you a way to mitigate the damage.

Is Borrowing Money from Your Spouse a Good or Bad Idea?

Whether borrowing money from your spouse is a smart move depends on more than just the impact on your personal and joint finances. The quality of your relationship is also a factor.

When you ask to borrow money, you are potentially creating a different power dynamic. Borrowing cash means that you will owe your spouse from that point forward, at least until you can repay the money.

Depending on your ability to repay, this small move could fundamentally alter your relationship. If you are able to quickly return the borrowed money, say, by your next paycheck, then the damage may be minimal. However, if you won’t be able to handle this obligation in an acceptable timeframe, your spouse could become frustrated and resentful. This is especially true if the hardship was caused by a lack of financial responsibility or proper planning on your part and not something out of your control.

Additionally, if borrowing the money puts your spouse in a challenging financial position, that could also lead to difficulties in your relationship. You would be asking for help so that you don’t have to struggle while effectively asking them to shoulder a new burden. That may not go over well.

You also have to consider how you’ll react if they refuse. If you genuinely have separate finances, they might decide not to help, and that may be hard to stomach.

How to Address the Situation and Preserve Your Relationship

Before you ask to borrow money, consider whether you merely want it or truly need it. If you are in the former category, you might want to explore other options for handling the situation. However, if the circumstances show a genuine emergency that impacts you both, then your best course is to have a discussion.

Sit down with your spouse, but don’t jump right in and ask for cash. Instead, explain the situation and its potential impact on you both. Be honest about how it happened and why it is causing a financial hardship. Focus on sharing all of the facts but also try to put your emotions aside. Your goal should be to articulate the nature of the situation, not guilt your spouse into taking action.

Then, give them a chance to respond to what you’ve said. See if they have any guidance or suggestions that might be viable solutions. It’s possible they will think of something that you’ve missed, and you might be able to avoid borrowing money entirely.

Understanding the Impact of Borrowing Money

If they offer money, discuss what would be involved. For example, would they expect to be paid back? How long could they wait for repayment?

Along the way, you also want to gauge how they are responding to that conversation emotionally. If they seem reluctant or negative about the idea, you might want to spend more time exploring other avenues.

However, even if they seem genuinely interested in helping, it can still change the nature of your relationship. Going forward, one spouse will potentially be indebted to another, and that creates a sense of imbalance.

If they don’t offer money, you might not want to ask unless the situation is actually dire. You need to consider whether you are willing to risk unbalancing or straining the relationship by making the request. After all, you explained what is occurring, and they didn’t offer financial support. That could indicate that they aren’t comfortable lending the money.

If you proceed, you could damage your marriage, and that shouldn’t be taken lightly. Be cautious if you make the request, and only do so if there isn’t a viable alternative. Also, prepare for the possibility that they’ll refuse, as that is a potential outcome.

Ultimately, borrowing money from a spouse is rarely a good idea. It can create a rift in your marriage, depending on the nature of the cause and your ability to repay the money. You’re putting a lot on the line by asking, so don’t do it on a whim. Instead, explore every other potential solution first and only proceed if there is genuinely no alternative.

Have you ever borrowed money from your spouse? Do you think it was a good or bad idea? Share your thoughts in the comments below.

Can You Trust The Twine App With Your Financial Future?