Where our Finances Stand

I’ve sort of taken a break from talking about our finances, because frankly, it’s exhausting saying the same thing over and over again. 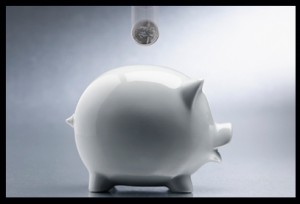 It’s also apparent that we’re not making as much progress this year as we did last year. But we’re also not living in a shack anymore and saving up to live off one-income for four months.

We’ve made some concessions in order to live a better lifestyle, and while it has slowed down our debt repayment significantly–we’re also much happier for it.

I can’t blame our upgrade in housing as the sole source of our financial shortfalls–Eric was out of commission for four weeks when he injured his back, and then he started a new job and worked part-time for three months. It really feels like we’re finally digging ourselves out of the financial hole.

I definitely envy those people who can be all gazelle intense for a couple of years and pay off all their debt, but I’m not one of those people. I like to travel, I don’t like living in a shack, and while we’re definitely not buying more things, we are experiencing more things. We’re finally letting ourselves enjoy a night out every now and then, and we’re really starting to feel more like normal twenty-somethings rather than broke newlyweds.

We’re definitely still on a budget, but there have been some financial changes in our household:

We manage finances together

For the entire summer, Eric and I have been budgeting together. This has been the first time in our marriage where we’ve made a consistent effort to budget together. We had tried several times before, only to end in frustration time and time again. Now we sit down on a regular basis and go over every purchase. I keep tabs of our expenses in a notebook, and Eric manages the spreadsheet on Excel. I think this has really helped Eric see how quickly all of his $20 expenses add up–and it has saved us from so many arguments when we can actually stick to our budget.

Perhaps most exciting is that Eric is FINALLY working full-time. Hall-e-freskin-yu-yah. We won’t get a check with his full-time hours until September, but I’m glad we know it’s coming. These past two months have been rough with extreme fluctuations in his paychecks, which made budgeting really hard, since we never knew how much he was going to bring in. One of the agreements we had when we decided to move to a bigger place, was that he had to bring in a certain amount of money every month–and due to all the craziness with his broken back, medical bills, and switching jobs, and then being part-time , he has totally failed on his part of the agreement. Here’s hoping to some steady paychecks from now on.

Paying off the credit card

We have finally cleared that damn balance off the credit card. Our goal was to have no balance by September 1st, and we made it! We officially paid it all off today. We get paid Friday, and so we need to stick to what we make, rather than relying on our credit card to hold us over.

Expanding the side hustle

My side hustle has taken off this past month. I took on a freelance position that is supplementing my side hustle with a significant amount of money. And to put the cherry on top, I absolutely love the work. Rather than contribute all this money to our Travel Fund, I decided to put a portion toward debt payoff and then split the rest between Christmas Fund, Travel Fund, and Saving up for School Fund.

Because of the extra cash flow, I am able to make larger payments toward my student loans. I hope that by this time next month, I will have completed one of my last goals to pay off at least one student loan! Hopefully, I will even be able to pay off two loans by the end of the year!

Going back to school

I am going back to school to get my Master’s. At first, I really wanted to go to the local school just for simplicity’s sake and also because I would be able to start at the end of this month, rather than wait until March for the better school–BUT–after going to an orientation at the easier school, I got an uneasy feeling about it. So now I am applying to the better school, and hoping to start in March 2013. I’ll be done in Marc h 2015, or a month before I turn 31. Oh man, that sounds old.

My job will reimburse me up to 70% of the cost of school. So my plan is to save up enough to pay for the first two semesters. After that, I don’t have to worry as much because I can use the reimbursement to keep paying off future semesters.

I am currently contributing 3% of my income to a 401K with a 3% match from my company, for a total of 6%. I will be getting a 3% raise in December after my annual review, and I will also be getting a bump in January, because my health deductible contributions won’t be as high. I plan to add 4% of my salary to my 401K, which will bring me up to 10%.

So this is the status of our finances. There’s a lot of balls up in the air, but we’re getting there slowly and surely!

If you’re married, do you manage the budget together?

When things turn out the way you want them to

What I miss about being single

Great Finance Blogs for Newlyweds on a Budget

How To Finance Your Wedding With No Savings...

Like Michelle I am also glad you chose the better school! 🙂

We are married and honestly don’t manage our budget together. We totally fail at this. I tell him when to stop spending money, which doesn’t always happen.

I’m trying to convince him that we need to manage it together. I do a good job, don’t get me wrong, but I would like for him to realize how far a dollar goes.

One step at a time. He is currently working part time, which means he is making less than half of what he theoretically should be making. I am being patient and understanding because the economy is terrible, but sometimes I do get a little stressed out about it.

Congrats on picking the ‘harder’ school. I think you’ll be happier with that decision in the long run.

Are you going to tell us more about your side hustle? Especially since you’re enjoying it so much?

I’m not sure how we manage the budget other than to say we put all of our money in one pot and have access to view each other’s accounts. We granted power of attorney on all of our bank accounts so we can see each other’s funds when we log into our bank. Including things like retirement accounts. It helps us to see the big picture. We use gnucash to track our money, but that was all my husband’s doing. There are much easier software packages out there!

Congrats! And good luck with school admissions 🙂
My husband and I also use Mint, and it’s been so amazing to budget together; we started in June and you’re so right about seeing how all those little things add up. We haven’t had any fights about money yet, despite being on an extremely tight budget this summer, and I credit that all to how easy Mint makes it for us to talk about money regularly. We also sit down once a month and plan for the next month: he handles bills and I handle life stuff (like vet visits, birthdays, travel, etc.) I have no idea how we lived without doing this before…craziness.

BRAVO! Your planning is amazing and I am so happy that it is paying off for you two. And YAY! for Eric getting steady and full paychecks =)

Congratulations on paying off your credit card, what an amazing feeling that must have been! I’m newly engaged and my fiance and I are starting to talk about how we’ll budget together rather than put it off until we’re married. We definitely have opposite approaches to personal finance but since we communicate very well I’m confident we can meet in the middle.

I am constantly amazed at how well you balance so much with your budget with so many unknowns! I am so impressed!! Especially with your upgrade in housing, your place is so awesome! And BTW, 31 is not old 😉 I can’t believe I’ll be 33-freaking-years-old in October!

We are mint addicts as well, so manage the budget together. Sometimes we have mini check-ins during the week, and then we try and go over where we stand once a week. The convos go something like this: “I saw you spent $50 at Lowes – was that for the rental units? If so, let’s tag it as deductible!” Because we do it so regularly it only takes about 10 minutes!

This is good to read. We’re getting married in May (yikes!) and are starting to talk about how we will mesh our finances together. I think what I’m taking from your experience is the importance of setting some good goals for us to tackle together. I think we also need to be a little more transparent about things…because CB owns a business, I’ve never really gotten a good understanding of how things are going on his end. I just trust that he’s working it out. Over these next 8 months, we’ll need to have more open conversations about money…esp as we pay for a wedding. Your blog encourages me that we can do it!

My husband & I sit down and budget together whenever there are changes going on (like me getting a 2nd job or planning to invest in a Roth IRA). I manage the Excel sheet and frequently fill him in if anything sticks out. The only thing we really pay attention to together is the entertaiment fund. I do the grocery shopping and watch that category so he doesn’t care unless I go over. I do love tag-teaming our budget together. Congrats on paying off the card and your first student loan AND Eric getting full time AND expanding the side hustle! So much going on!

Married and yep, we handle them together. We use Mint, though, so our conversations are usually short and over email during the day. “Hey, log into Mint and categorize that $20 from Target, ok? Please and thanks!”

Do you worry how you’ll keep up with grad school, blogging, a side hustle and a husband (and a dog, if the husband doesn’t do all of the dog-walking)?

Sounds like things are looking up. Good luck with school, and congrats on the husband getting to full-time. I definitely think you should enjoy yourselves a bit and experience as much as you can while getting out of debt.

I’m glad you chose the better school, that way you’ll have no regrets later on. And that’s excited about your side hustle, may I ask what you’re doing?

And we manage our budget together, but I control most of it, as I’m better with numbers.

Pre-engagement Ring vs. Promise Ring: Which One...

4 Questions You Should Consider When Buying...